Most static website generators and hosting services assume that a software developer is involved in generating the content that is usually triggered through a deployment after a git commit.  But that’s too hard for most normal people.

And how do you post to a static website from a mobile app or a desktop client such as MarsEdit?  It’s just not possible in most cases or the barrier is quite high.

Enter Perspect for Blogs.  We have implemented Wordpress API compatibility so you can post to a static website hosted on Perspect using MarsEdit or the official Wordpress apps for iOS and Android.

Here’s a screenshot of this very website from the MarsEdit client: 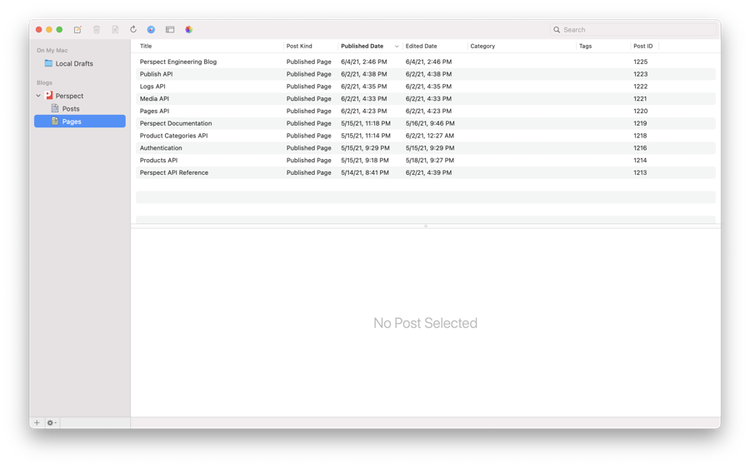 And here’s a screenshot of the same website from the official Wordpress iOS app: